Do you know your breast imaging options?

There are many state-of-the-art imaging options for the timely detection of breast disease and breast cancer. Most breast problems are not cause for alarm. However, when a woman finds a lump or has an abnormal mammogram, she wants to be seen by a specialist right away. Here are some options that can be discussed with your health care professional.

3D mammography is a new mammogram imaging technique which reduces the limiting effects of breast background density that may hide or obscure small breast cancers. By examining the breast in thinner portions or “slices,” the radiologist is able to see small lesions more clearly. This allows for more accurate decisions regarding the need for recall mammograms or biopsy.

Benefits of a GE 3D Tomosynthesis Mammogram include:

Mammography uses X-rays to take images of the breasts. It is routinely done to determine if there are early signs of breast cancer. The mammography units record images of breast tissue digitally, instead of on X-ray film. The advantages of digital mammography compared to traditional film mammography include:

Breast MRIs are a supplemental tool used in conjunction with mammography to detect breast cancer and other abnormalities. When an MRI is performed, the patient lies on a table within a large circular tunnel. The patient is expected to lie completely still during the procedure and may have a contrast agent injected during the procedure.

Patients who have metallic clips, electronic implants, pacemakers or certain other types of foreign bodies may not be able to have an MRI. The patient is asked a series of questions by the MRI scheduler to ensure she is a candidate for an MRI.

Needle localizations are done using mammography or ultrasound, as part of the biopsy process. Once the patient has had a breast imaging procedure that has identified an abnormality, the patient is generally referred to a surgeon who specializes in breast surgery and who can determine the area of the abnormality to be biopsied.

Radiologists place a needle with a wire in the affected area to serve as a guide for the surgeon performing the biopsy. Sometimes, needle localizations are done with sentinel node mapping. In this case, a surgeon removes some lymph nodes when (s)he does a biopsy. The results of the node biopsy are used to help stage a cancer of the breast and help determine how to best treat it.

Ultrasound imaging is done on a women’s breast to evaluate a mass that is either felt by your doctor or seen on a mammogram. The sound waves go into the patient’s body and bounce off the breast tissue, creating a picture on a TV monitor. These images are recorded and displayed as a real-time visual image. No radiation is involved in ultrasound imaging.

Ultrasound is typically ordered by the physician or the radiologist to determine if a mass in the breast is a cyst (fluid-filled) or solid tumor. The information obtained aids in the overall diagnosis and treatment of breast disease.

Ultrasound imaging is done to evaluate a breast mass that is either felt by a doctor or seen on a mammogram. Sound waves go into the patient’s body and bounce off the breast tissue, creating a picture on a TV monitor. No radiation is involved in ultrasound imaging.

Ultrasound is typically ordered by the physician or the radiologist to determine if a mass in the breast is a cyst (fluid-filled) or solid tumor. The information obtained aids in the overall diagnosis and treatment of breast disease.

Stereotactic breast biopsy uses the principles of mammography to guide the radiologist to an area of abnormality that has previously been identified on a mammogram. This procedure is generally performed when an abnormality is not felt by the physician, but can be seen on a mammogram.

Patients are asked to lie face down on a special X-ray table. The radiologist takes pictures of the breast and determines the exact location of the area of abnormality. A needle is placed into the area and a sample of the breast tissue is removed and sent to the laboratory for analysis.

How to Choose A Breast Prosthesis That Work for You 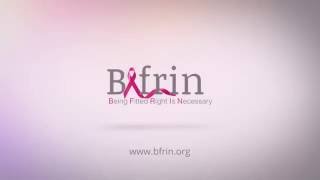 Why do the leaves change color in Fall?

You have better things to do than get the flu!

How to Care For Your Swimwear

Things you probably haven’t thought of yet.

How to Boost Your Mental Health

Do you know your breast imaging options?

Questions to Ask My Doctor About My Cancer

I was born with an uneven breast. Can you help me?

How do I determine my bra size after a Mastectomy or Lumpectomy?